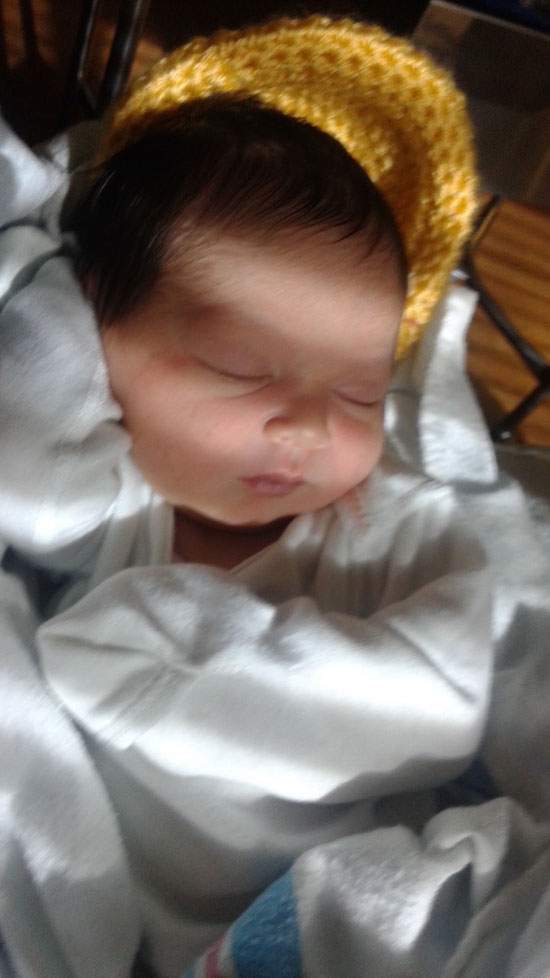 Erica and her husband decided it was time to get some help, and they began exploring their options with fertility specialists. They wanted to tell their son they had done everything they possibly could to get him a little brother or sister.

Eventually, they ended up in a consultation with Dr. Potter. “Dr. Potter was honest and forthcoming about the testing involved. He gave us our options, and left us with the final decision on whether to take this road.”

The couple knew it was going to be costly. They also knew that they would have to administer injections, an idea that made both of them uncomfortable. They also didn’t know what to expect regarding the emotional stress of fertility treatment. Would they be able to first get and then stay pregnant? Their family and friends weren’t always supportive of their decision to pursue fertility treatment, telling them to “be happy with what they had.”

“Those who say you should be happy with what you have don’t have to answer to a child who wants a brother or sister,” said Erica. “We weren’t ready to give up.”

Despite all these concerns and the advice of those in their support circle, they decided to try in-vitro fertilization (IVF). The first IVF failed. Moreover, the other eggs they harvested and fertilized weren’t viable—a big shock to them both and an eye-opener about the effects of age on egg quality. The two of them had to make a tough decision.

“I told Dr. Potter that I wasn’t ready to give up. He said my two choices were to try to do a second cycle and hope for a viable egg, or we could do a donor egg  cycle.”

They decided to move forward with a donor egg, and are now the proud and happy parents of a healthy baby girl. The couple call Dr. Potter a “rock star” and the entire HRC team one that genuinely cared about their well-being and success. Best of all, their success allowed their son to have the little sister he wanted.

“My husband and I watch him bond with her. He kisses her every morning, and even helps change her diaper.  When he comes home from school, he goes straight to her and says ‘I love you.’

“Everything we endured was so worth it. You can’t just focus on the now, but have your eye on the big picture and your future.”

Do you want a boy or girl? Expectant parents are often asked this after they announce their pregnancy. Many couples want … END_OF_DOCUMENT_TOKEN_TO_BE_REPLACED

Mary and James had been trying to conceive for eight years before being referred by their OBGYN to Dr. Bradford Kolb. … END_OF_DOCUMENT_TOKEN_TO_BE_REPLACED