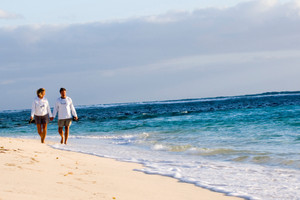 Couples often have many different reasons for wanting to select the gender of their next baby, and they have many different conflicted emotions once they get started. For some, the decision is made, but they still feel morally or ethically conflicted, they worry about the cost, or they worry about their other children and what it will mean for their family. Some feel that they are playing God. They second-guess themselves from the start to the end of the process.

“Some patients are OK with it but there’s one part of them that has not come to grips with their belief systems,” says Phyllis Martin, a licensed counselor based in Fairfax, Virginia. “Logically they want to proceed but emotionally they’ve fallen short.” As a result, they may seek counseling to help them with their conflicted feelings about their decision. “I think people are worried about having a little too much control and about manipulating nature to that degree,” says Martin, who is also a board member of RESOLVE, a nonprofit patient advocacy group for infertility patients “Belief systems and morals come into play. Usually one of the couple feels quite fine about the idea but the other may have doubts.”

Couples need to talk openly with each other about their feelings, conflicted or not, and work through them. They need to look at their underlying emotional reasons for wanting a boy or a girl, cultural forces that may be informing their desires, and any moral or ethical concerns they have. This isn’t an easy task but it’s an important step in the process.

Do you want a boy or girl? Expectant parents are often asked this after they announce their pregnancy. Many couples want … END_OF_DOCUMENT_TOKEN_TO_BE_REPLACED

Mary and James had been trying to conceive for eight years before being referred by their OBGYN to Dr. Bradford Kolb. … END_OF_DOCUMENT_TOKEN_TO_BE_REPLACED