Why Gender Selection of Babies? 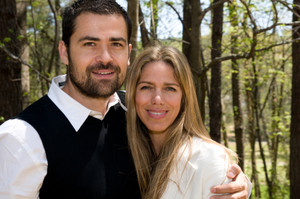 In Western cultures, many women yearn for a baby girl. In many Asian, Middle Eastern and some North African cultures, both men and women tend to want a son. But almost universally, families with a brood of children of one gender, say 6 girls, or 8 boys, desire to have at least one child of the opposite sex.

Numerous factors lead couples to family balancing. Generally, parents want at least one child of their own gender because they believe they can share a special bond with them. They also want to pass on activities and interests they love —fishing, football, music, cooking, cycling. For instance, men who love baseball often can’t wait to have a son to share this beloved pastime with. Conversely, some women want to share “girl” activities with a daughter, such as theatre or dressing up together.

Clearly, some of these cravings are culturally instilled. Why can’t a father teach his daughter how to play football, and why can’t a mother enjoy cooking with her son? In fact, they can. And if they give thought to the issue, they may even recognize how their gender has been corralled into various activities based on society’s expectations. Nonetheless, men and women still yearn for a same-sex child.

Then there are parents who desire children of the opposite sex because they’ve had difficult relationships with their same-sex parent and fear they’ll repeat the past. Or a family may have tragically lost a child and desire another child of that same gender to fill the void. For them, seeking a gender selection process may be their attempt to heal.

What brings some older couples to gender selection is that the clock is running out and they’re probably only going to have two children, and would like one of each.

Do you want a boy or girl? Expectant parents are often asked this after they announce their pregnancy. Many couples want … END_OF_DOCUMENT_TOKEN_TO_BE_REPLACED

Mary and James had been trying to conceive for eight years before being referred by their OBGYN to Dr. Bradford Kolb. … END_OF_DOCUMENT_TOKEN_TO_BE_REPLACED