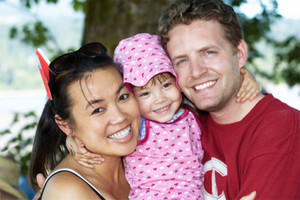 Consequently, with smaller families, many couples want to increase their chances of having children of both genders. Although most folklore sex-selection methods have been debunked, people continue to use them in their quest for boy a boy or girl. Some couples have begun to turn to scientifically proven, high-tech gender selection techniques such as PGD/PGS. And in poorer nations, couples use lower tech, but effective methods such as ultrasounds, and sex-selective abortions. In addition to the ethical dilemmas these raise, late-term abortions are often risky and may compromise the woman’s health.

Many people frown on gender selection, arguing that Nature should remain in charge. But many are beginning to accept the new technologies that enable smaller families to have children of both genders.

Do you want a boy or girl? Expectant parents are often asked this after they announce their pregnancy. Many couples want … END_OF_DOCUMENT_TOKEN_TO_BE_REPLACED

Mary and James had been trying to conceive for eight years before being referred by their OBGYN to Dr. Bradford Kolb. … END_OF_DOCUMENT_TOKEN_TO_BE_REPLACED