PGS and PGD with IVF Overview 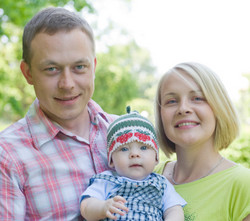 PGS (pre-implantation genetic screening) can help couples not only select the gender of their child but also can determine if an embryo contains the normal number of chromosomes seen in humans. PGS also can improve the implantation rates of embryos transferred by screening them beforehand to determine if there is the correct number of chromosomes (46, XX for female and 46, XY for a male). On the other hand, PGD (pre-implantation genetic diagnosis) can identify particular genetic diseases that a person may carry while also assisting couples who could potentially transmit a sex-linked genetic disease (a disease carried on the sex chromosome) to their children. For example, hemophilia can only be transferred from an affected mother to her son.

Chromosome aneuploidies, defined as the gain or loss of an entire chromosome, contribute to the vast majority (approximately 70%) of pregnancy losses in both natural and IVF conceptions. PGS can identify embryos that are euploid (normal number of chromosomes). Pregnancy rates are extremely low when aneuploid embryos are transferred. Lastly, aneuploidy rates are higher in oocytes and embryos from women in their forties as they near the end of their reproductive life spans.

With PGS, the first step is to gather mature eggs from the woman’s ovaries so that they can be fertilized in the laboratory using in-vitro fertilization (IVF). IVF generally requires the woman to take fertility medications in order to stimulate the ovaries to produce an adequate number of eggs that are then retrieved during a small surgical procedure under ultrasound guidance. The mature eggs are then fertilized with the partner’s sperm in the laboratory. Women undergoing IVF with PGS may utilize their own eggs, donor eggs, their partner’s sperm or lastly sperm from a sperm donor.

The fertilized egg (now called an embryo) then grows in the petri dish for 3 to 5 days until it is screened. When the embryo is screened on Day 3 (cleavage stage) it typically has between 6 and 10 cells. One cell, called a blastomere, is removed from the embryo and its sex chromosomes are examined to determine whether it’s a male or female embryo and if it was the appropriate number of chromosomes. Many reproductive endocrinologists believe that screening a Day 5 embryo (blastocyst stage (typical blastocysts contain between 60 and 120 cells)), is more accurate because several cells (as opposed to just one blastomere) are screened which decreases the incidence of embryonic mosaicism.

Several different techniques have been developed in order to screen the chromosomal DNA of the embryos. This is an area of active research and the techniques have improved greatly over recent years. Embryologists biopsy the embryos after creating a small hole in the embryo’s outer layer (the zona pellucida) using a precise laser beam. On Day 3, a single blastomere is then removed and the genetic material is then screened using microchip platform to help enhance the precision of the test. Whereas on Day 5, typically 4 to 5 cells from the trophectoderm (the outside shell of the blastocyst) are biopsied and then analyzed using a similar microchip methodology. Different ‘microchip’ screening tests exist, each has certain strengths and are described below. The three most common techniques in current use are: array-CGH (comparative genomic hybridization), SNP-array (single nucleotide polymorphism) analysis, or q-PCR (quantitative polymerase chain reaction). FiSH (fluorescent in-situ hybridization) is an older technique that utilized a high-powered fluorescent microscope and is no longer commonly performed.

Microarray-CGH (a-CGH) allows for reliable, accurate, and relatively fast 24-chromosome copy number analysis. It relies upon the ability of rapidly amplifying the DNA from single cells or small numbers of cells and greatly improves upon the older conventional-CGH method. Originally conventional-CGH was used to detect karyotypic abnormalities in cancer cells that were difficult to karyotype using other methods. Currently, array-CGH labels the amplified fragments of the screened embryo’s DNA along with a control sample and then hybridizes (or attaches) this to the ‘microchip’ to determine the gender of the embryo and if there are too many or too few chromosomes (aneuploidy screening).

SNP allows prompt examination of all 23 pairs of chromosomes and single-gene disorders with a very high degree of accuracy. In addition, SNP-arrays have the advantage that the parental origin (mother or father) of any abnormalities can be determined by comparing the embryos genetic analysis to the parent’s genotype. Developed using data from the Human Genome Project and from computer microchip technology, this technique amplifies numerous small sequences on each chromosome for known single nucleotide polymorphisms (SNPs) that humans carry within our genetic material. In doing so, an SNP-array determines the presence of each chromosome and the number of copies. This technique is very precise and offers several advantages; however, it takes longer (typically between 16 to 72 hours) and thus would require a frozen embryo transfer.

PCR makes millions of copies of a DNA code segment, which allows scientists to assess whether this segment is normal or mutant. First, a primer is made to a specific region of the embryo’s chromosome. For gender selection, the Y chromosome is targeted. The primers are very precise and match for their target regions like a lock and key. If the primer finds its target region, PCR then vastly amplifies the region. If the amplified DNA is detected, the target region (and the target chromosome) is present. If the amplified DNA is not detected, the target chromosome is not present. Current techniques limit this analysis to the embryo’s polar body (DNA that is extruded to the outside during the process of fertilization) which may hinder its accuracy. In addition, segments of DNA may fail to amplify even when it’s present (called allele dropout). This limits PCR’s effectiveness in gender selection and aneuploidy screening; however, this technology is rapidly improving. If a suspected hereditary problem is at the gene rather than chromosomal level, PCR is commonly used because specific gene primers for a given disease mutation can be made and then used when screening the embryo. For example, PCR is used to detect mutations that cause single-gene disorders such as cystic fibrosis.

Do you want a boy or girl? Expectant parents are often asked this after they announce their pregnancy. Many couples want … END_OF_DOCUMENT_TOKEN_TO_BE_REPLACED

Mary and James had been trying to conceive for eight years before being referred by their OBGYN to Dr. Bradford Kolb. … END_OF_DOCUMENT_TOKEN_TO_BE_REPLACED