International Laws on Whether Gender Selection is Legal 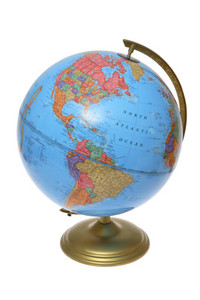 The United Nations has stated that it opposes sex selection for non-medical reasons (medical reasons would be to prevent the passing on of genetic diseases), as does the World Health Organization (WHO), which has stated that sex selection for non-medical reasons “raises serious moral, legal, and social issues.” Principal issues include, “the distortion of the natural sex ratio leading to a gender imbalance” and because it can “reinforce discriminatory and sexist stereotypes towards women by devaluing females” (WHO, “Gender and Genetics: Sex Selection and Discrimination,”). The WHO defines sex selection as “the practice of using medical techniques to choose the sex of offspring, which “encompasses a number of practices including selecting embryos for transfer and implantation following IVF, and selectively terminating a pregnancy.”

Countries Where is Gender Selection Legal

In nations where gender selection is banned, people often travel to the United States, Mexico, Italy, Thailand and other nations where it’s legal to undergo PGD/PGS. This new phenomenon is called ‘reproductive tourism’ where people travel for gender selection and general infertility treatments such as IVF. For instance, in Australia, the Sydney IVF clinic discontinued its PGD sex selection program in 2005 after the Australian Health Ethics Committee banned its use for non-medical reasons. Many Australians now travel to Bangkok for sex selection procedures. Ironically, Superior ART in Bangkok operates in conjunction with Sydney IVF, its parent laboratory.

Do you want a boy or girl? Expectant parents are often asked this after they announce their pregnancy. Many couples want … END_OF_DOCUMENT_TOKEN_TO_BE_REPLACED

Mary and James had been trying to conceive for eight years before being referred by their OBGYN to Dr. Bradford Kolb. … END_OF_DOCUMENT_TOKEN_TO_BE_REPLACED