Examining an Embryo with PGD and PGS 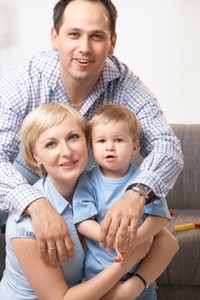 To examine an embryo for gender and/or genetic disorders/chromosomal irregularities, the technician first extracts one of the embryo’s cells. This is done by boring a microscopic opening in the egg’s outer mucus layer with a laser beam. Next, a single cell is removed with gentle suction.

This cell is examined for single-gene diseases and gender. After the biopsied cell is examined, the couple is given an embryology report, including the number of viable embryos, their gender and condition. If the embryos appear to have normal chromosomes they can be:

While the single cells are being assessed, the embryos are kept in a culture where they grow further. They are usually transferred to the patient’s uterus via IUI at about day 5.

After receiving the embryo report, the couple have to make a big decision regarding how many embryos to transfer to the uterus. With their doctor’s advice, they decide, and the rest of the healthy embryos can be frozen for later use.

Although in typical cases of IVF without PGS, more embryos may be transferred if a woman is of “advanced age” or a history of fertility problems. With PGS, the recommended number is generally one or two because these embryos have been checked for abnormalities, and the ones chosen for transfer are most likely healthy, viable embryos that can develop well into babies.

Any more than two embryos would increase the risk of triplets or more, and all the potential complications of multiple births. A couple may opt for just one embryo, but their chances of pregnancy are reduced; considering what couples have gone through physically and emotional, most want to optimize their chances of a successful pregnancy with two embryos.

Do you want a boy or girl? Expectant parents are often asked this after they announce their pregnancy. Many couples want … END_OF_DOCUMENT_TOKEN_TO_BE_REPLACED

Mary and James had been trying to conceive for eight years before being referred by their OBGYN to Dr. Bradford Kolb. … END_OF_DOCUMENT_TOKEN_TO_BE_REPLACED