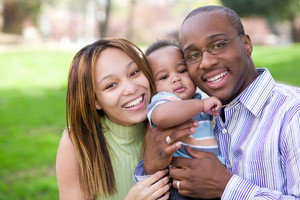 Couples seeking a natural sex-selection method to conceive a girl baby have used the “O+12”, meaning ovulation + 12 hours. According to this theory, couples should have sex at least 12  hours past the woman’s ovulation. (If a single woman is using sperm from a friend or sperm bank, she should insert the sperm (or have a doctor do so) 12 hours post ovulation.)

For this method, a woman must know when she’s ovulating, down to the exact hour —quite a feat! A variety of methods can help determine ovulation:

When ovulation occurs, the O+12 method recommends intercourse or sperm insertion at least 12 hours after ovulation to conceive a girl. Some ask their partners to abstain from ejaculation for several days before so that only the older sperm, believed to comprise a high percentage of the X-bearing (female) sperm, will still be around. After intercourse, the couple should not have sex again until they are certain her fertile period passes; otherwise, a fresh batch of sperm may bring more Y-bearing (male) sperm, according to this theory.

Remember, this method, like the other at-home, gender-selecting methods described here, are unsupported by science.

Do you want a boy or girl? Expectant parents are often asked this after they announce their pregnancy. Many couples want … END_OF_DOCUMENT_TOKEN_TO_BE_REPLACED

Mary and James had been trying to conceive for eight years before being referred by their OBGYN to Dr. Bradford Kolb. … END_OF_DOCUMENT_TOKEN_TO_BE_REPLACED