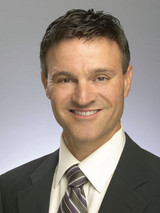 Board Certification
Reproductive Endocrinology and Infertility
Obstetrics and Gynecology

Areas of Research and Publication
Doctor Kolb’s active research interests include the development of cost-efficient fertility protocols, patient friendly treatment regimens, development of improved procedures for egg freezing and in vitro maturation, and improved access to egg donors and surrogates. Doctor Kolb is internationally recognized for his research and has presented his findings on five continents. He has many original research publications and recently co-authored the largest clinically significant IVF study.

Do you want a boy or girl? Expectant parents are often asked this after they announce their pregnancy. Many couples want … END_OF_DOCUMENT_TOKEN_TO_BE_REPLACED

Mary and James had been trying to conceive for eight years before being referred by their OBGYN to Dr. Bradford Kolb. … END_OF_DOCUMENT_TOKEN_TO_BE_REPLACED